Last year, being a debut author felt like one constant round of being disorientated by the avalanche of new experiences.

Everything is a ‘first’. Editing, pre-launch preparation, events (if you are lucky), reviews (if you are even luckier) and then – amazing – reader feedback that arrives by a variety of channels, sometimes stumbled upon accidentally. And it won’t always be positive. But it is lovely that it is there. That you have readers.

Your book exists outside of your own head.

Whether it's the first time you speak to a group about your book, or the first email you receive from a reader, or someone sending you a picture of one of your characters that they've drawn, you have to deal with all this strangeness (and quite frankly, terror) of dealing with your book 'out in the wild'.

It stops being a part of you and somehow manages to have a totally different life of its own. It no longer needs you. It has independently grown its own wings, left you, and miraculously landed on the shelf of bookshops and then on the shelves of readers to make of what they will.

And of course you still have to remain focused on writing the next one (and then editing that, and then writing the next), all while dealing with the strangeness of people reading what, until now, has been your private story, your own thoughts.

Dealing with all this in your own language is one thing - but if you are lucky enough to have your book published in another country - and another language – this strange new life gets turned up several notches.

I knew The Last Chance Hotel would be published in translation, but didn’t know when. I knew the Russian language rights had been sold, but didn't know a publication date. So when a package arrived at the door and I discovered Отель «Последний шанс» (literally 'Hotel "Last Chance" ') it was amazing. I discovered a whole other life, the same book, but different. 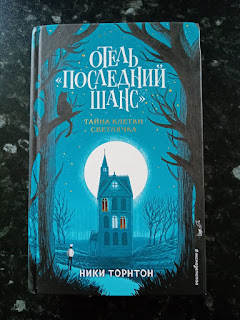 Luckily my husband (Mark) and I know a smattering of Cyrillic, enough to go through and identify the key characters. The Russian language doesn't have a 'th' sound, so my main character 'Seth Seppi' has become 'Sett Seppi', and a few other characters have slightly different names (even my name alters slightly to 'Niki Tornton').


And there's a subheading on the jacket which reads 'The Firefly Cage Secret' which is a lovely nod to the original title of the book The Firefly Cage when it won the Times / Chicken House children’s fiction competition.

At the time of writing, we haven't identified the name of Nightshade the Cat!

If you are interested in seeing the book in Russian, and reading the blurb, check out the link to publisher ЭКСМО (Eksmo).

Eksmo also has a kids' book feed, and it was great to spot some favourite UK authors also there, including Holly Webb, Sarah Todd Taylor and Harriet Muncaster's 'Isadora Moon' series - makes you feel extremely patriotic, and a great reminder of how much British children's books are a huge global export. 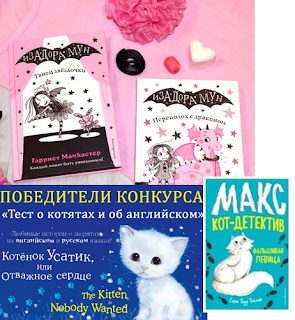 Next week The Last Chance Hotel is published in Holland, and I can't quite believe what a brilliantly exciting new adventure is in store. 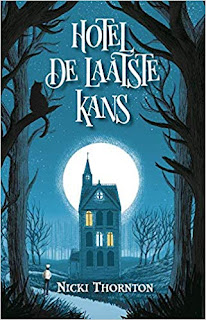 Published as Hotel De Laatste Kans: Een Sep Seti Mysterie it looks very similar to the English version - with one key, and wonderful, detail. Take a look at this (very short) clip:

Can you believe that? Publisher De Fontein has produced a gorgeous glow-in-the-dark cover which is amazing. It has also featured on other Dutch book websites, and I have been busy using Google translate to try to get a feel for the translation and what the blurb says.

Which is - in the final analysis – probably the most weird thing about having your book translated. I have no idea of the differences in nuances, meanings, and overall cultural sense of the book. When books are translated, it's both a huge honour, and a little bit of an exercise in trust! 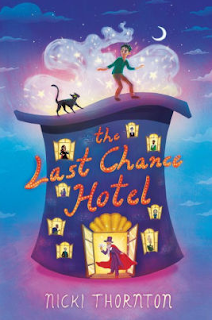 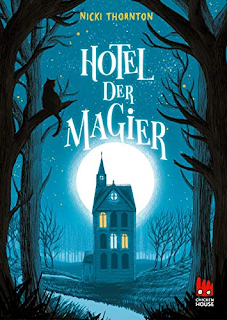 The American literary critic George Steiner wrote "Every language is a world" and I'm incredibly grateful to other publishers who are taking Seth and Nightshade, and transporting them into other languages and that they will reach readers in other worlds, who live very different lives. I really hope they find things universal to relate to, not just the fun of the magic and the mystery, but in Seth’s journey, finding a path through life and realising your dreams.