Nicki Thornton was born in Southsea, Hampshire, grew up mainly in Berkshire and studied Social History at Sheffield University before working as a journalist starting in Slough, west of London. 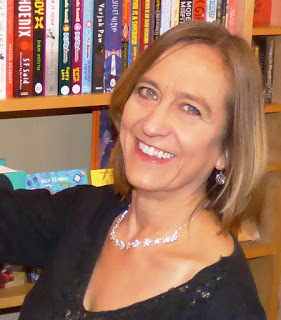 She worked for a while in PR before becoming a freelance technical writer and editor and moved to Oxfordshire. After a career working with words, it felt a natural step to started up her own bookshop with husband, Mark.

It was while at Mostly Books in Abingdon that she started writing fiction.

Her favourite part of being a bookseller was talking to people about books and what they loved about reading. She was proud to be a bookseller for more than ten years and is still a huge supporter of anything that promotes reading for pleasure. She is also now pleased to work with the Booksellers Association and the Unwin Charitable Trust as a bookshop mentor.

Her first published story was published in Woman’s Weekly after she won a short story competition and went on to have numerous stories published in magazines.

It went on to be published in many countries and has been translated into languages including Chinese, Czech, Dutch, French, German, Hungarian, Italian, Korean, Lithuanian, Polish, Russian, Spanish, Swedish, Taiwanese and Turkish 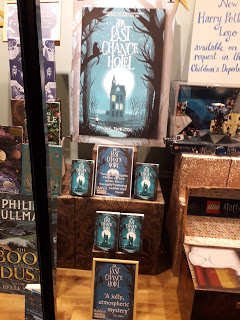 The Last Chance Hotel was a 'Best Book of 2018' in The Observer, The Telegraph and The Sunday Times.

There have been two sequels The Bad Luck Lighthouse and The Cut-Throat Cafe.


"With The Last Chance Hotel, Nicki Thornton fused magical fantasy with classic crime; its follow up pushes the envelope even further, with sinister conspiracies and ruthless organisations abounding around a curious lighthouse. Playful yet genuinely creepy, the Seth Seppi Mysteries are fast becoming must haves for any child’s library." - Waterstones

Nicki is represented by Jordan Lees of The Blair Partnership.