Magic is nothing but trouble

I am so excited to share with you details of The Cut-Throat Café, the latest Seth Seppi magical mystery adventure.

So, very big thanks to my publisher, Chicken House, for wanting to revisit Seth and his magical world and give him another mystery to solve...one that probably has magic behind it.

When I decided I wanted to write murder mysteries that happened in a magical world, I asked myself lots of questions about what it might actually be like for there to really be magic. I thought there would probably be quite a few things that happened occasionally that no one could explain.

This gives me such a strong and fun basis that all the stories have in common.

Importantly, the stories are set in a world where magic exists, but it is very rare and sorcerers are very secretive. And this gives me another great way into much of the mystery plots.

I also asked myself what it might be like to be one of the few magical people. You could not reveal your magic without an awful lot of fuss. So how would you use it? Would you use your magic to do good things and help people...or would you realise that magic gave you enormous power? Would some people be tempted to use magic to do bad things?

I decided that some people most definitely would!

And I decided that there would need to be magical police who made sure people obeyed certain laws when using magic.

This is the starting point of the stories and the same is true in The Cut-Throat Café.
Seth Seppi is just beginning his own magical journey to discover more about the magical abilities he might possess and how he might use them and improve them.

But so far, his magic has proved nothing but trouble. He arrives in Gramichee, a town where a lot of people live close together, but still secretly. Here is where the headquarters of the magical world is based, the Elysee.

And here is where a lot of young magical people are, just starting out on their road to learning magic. Would they all behave themselves and use magic wisely...or might they be tempted to dabble with a little illicit magic and possibly play a few tricks on each other?

And then if (because this is another murder mystery!) one of the apprentices died, how would anyone be able to tell if this was another prank gone wrong – or whether something more sinister was afoot?

Seth has the chance to try out his magic and meet others struggling with their magic, so he doesn’t have to be quite so secretive.

But he also now must prove that his magic won’t lead to a load of trouble and breaking the laws of the magical world.


So here's where you can order your copy: 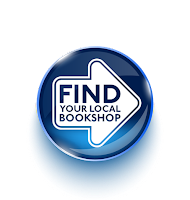 Fancy reading the first chapter for free? Then why not download here...
at 6:27 pm